All you need to know about No Surprise Billing ACT! 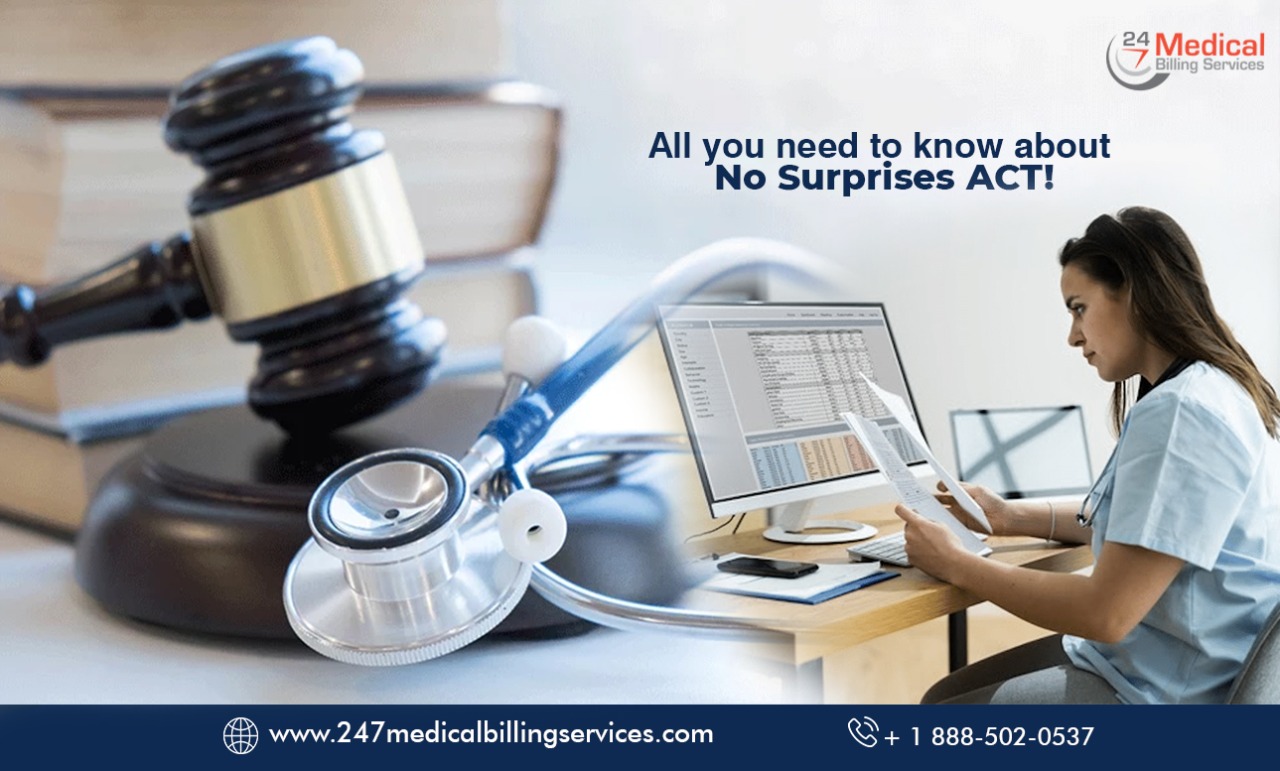 The rising medical debt now stands at a staggering $140 billion, and it is the most enormous amount of debt for most US families. A large amount of this debt is direct because of the surprise billing. A third of the insured adults mention that they have received an unexpected bill in the last two years. What is not a surprise at all is that two-thirds of the US adults are simply worried about not being able to afford these surprising medical bills. It is a problem that concerns more patients and thus is also under the action of the state and the federal governments.

Congress has signed a No Surprises Act into law to solve this problem.

What is a Surprise Billing?

The No Surprises Act is effective from Jan. 1, 2022. It aims to protect the consumers from unexpected bills from out of the network care in emergency and non-emergency situations. You will be surprised to know that at least a fifth of the emergency claims and a sixth of the in-network hospital stays include an out-of-network bill due to emergency or ancillary care. Since the patients often lack choices when there are unexpected services to pay more, they have no option but to pay up from the pocket or face adverse credit reports. Healthcare plans cover some of the bills, but the patients remain responsible for a large number of remaining balances.

How to tackle price transparency with the No Surprises Act?

Several new regulatory measures have now brought the focus on healthcare pricing. The new Act, which has now been changed to law, is under the Consolidated Appropriations Act of 2021. It is built on the previous federal actions that empower the patients towards better access to transparent healthcare cost information.

Starting from January 2022, balance billing is no longer permitted for the out of the network emergency services, non-emergency services, and air ambulance services provided at an in-network facility. Insurers must cover all the emergency services without prior authorization regardless of whether they are within the health plan network or not. The patients are expected to pay the same amount for the in-network services. The Act requires the healthcare providers to help the patients access the healthcare pricing information and provide them with the necessary tools to get the proper pricing estimates. A “Good Faith Estimate” must be given that covers all the relevant codes and the charges.

The Act also has a process planned out for the health plans that reimburses the providers and an arbitration path in case of a disagreement.

Summary of provisions in the No Surprises Act

Only part one and part two of the No Surprises Act have been unveiled so far. It has brought new concerns to the hospitals about the rapidly approaching implementation date of January 2022. They fear it doesn’t address the reasons behind the high surprise bills.

As per a report by Health Affairs, there is at least another interim final rule that is expected in the Act. It will possibly add independent dispute resolutions and the process of resolution for the patients.

Here are the 12 things that are known so far:

From prior interim rule Jul. 2:

Why are the hospitals so worried?

What can the providers do now to prepare themselves?

As a healthcare practice, if you want to create a “no surprises” billing experience for your patients, you have to change your current process. There are various price transparency tools available online that can help you meet the ongoing regulatory requirements. You can create a better and satisfactory patient experience with convenient cost breakdowns. For instance:

Patient Financial Advisor is a text-to-mobile service that allows patients to check their estimated care costs even before they visit the hospital. It is a solution that provides a complete breakdown of all the involved procedures and the total estimated costs involved based on the benefits of the in-networks.

Outsourcing Medical Billing & Coding is an alternative solution to reimburse all the claims under the provisions of the No Surprises Act.