Avoid Denials for your Pathology Billing with these Proven Methodologies 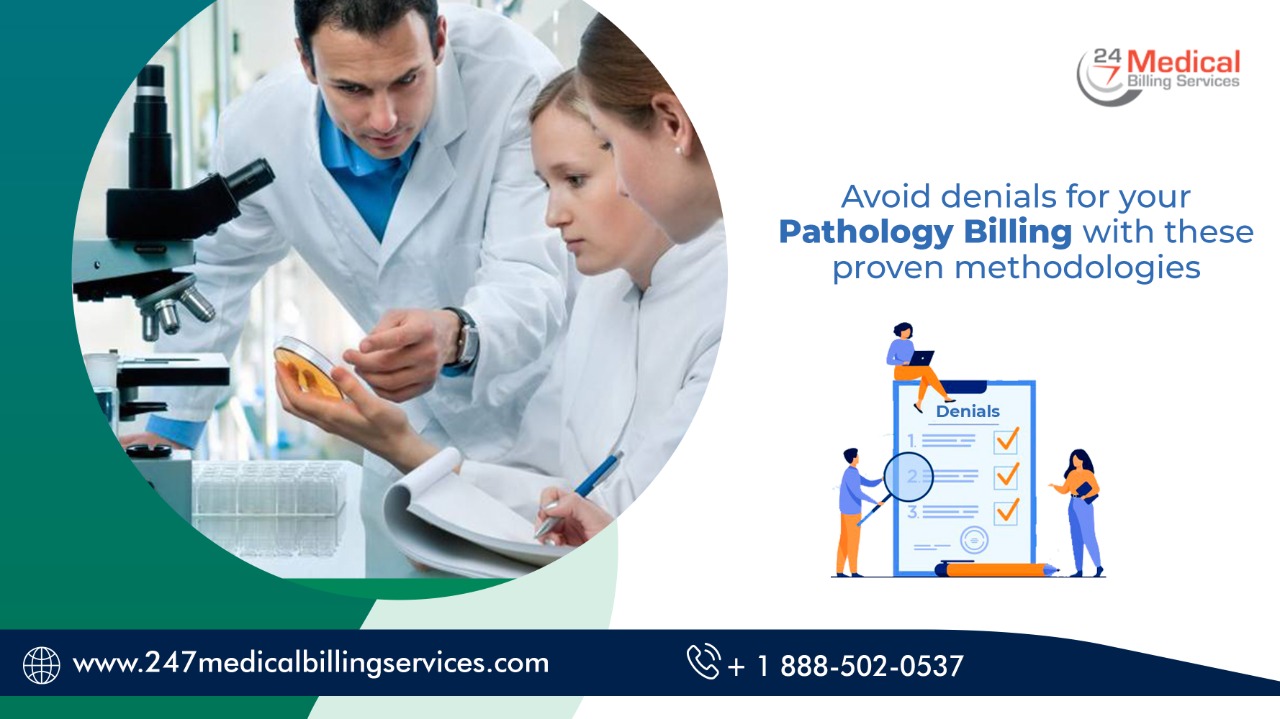 The old saying “the best defense is a good offense” has been applied in a variety of fields.

To achieve the maximum first pass acceptance ratio, you must be cautious when filing insurance claims. Even if you believe that everything was submitted correctly, there are a plethora of reasons for insurance claims to be denied.

Lack of specificity in code usage, incorrect application of modifiers, and a variety of other factors may result in a lower percentage but outweigh the total charges submitted.

According to the American Medical Association, insurers deny between 1.38 percent and 5.07 percent of claims. Even the best-performing practitioners have a 5% denial rate as per the Medical Group Management Association.

Failure to work on insurer denials results in revenue loss for your medical practice. Though it’s easy to point the finger at someone else, it’s critical for a pathologist to develop and optimize proven techniques for getting claims paid.

Let’s discuss some of the proven methodologies that can help you to avoid denials in your pathology billing:

According to a 2020 Change Healthcare study, the majority of claim denials for the fourth consecutive year were due to issues with patient eligibility or registration for the provided services. Denials for patients who have used up their maximum available benefits, issues with benefits coordination, and plan failure to cover the service in question are all examples of this. Examine the data for your pathologist’s practice claim denials to see where the majority of issues arise. Many issues can be avoided by automating processing in this area, especially when combined with a robust staff education program.

Begin with the biggest issue

Stopping at just one source of frequent claim denials in your practice could have a significant impact on the revenue cycle. After collecting information about the root cause of submission denials, crunch the numbers to determine which issue has the greatest impact on practice revenue. You can use analytics to identify denial trends by payer, procedure, department, and provider. Invest your resources in solutions that address the most significant sources of revenue loss before addressing less urgent pathology billing and coding issues.

Use technology to your advantage

The role of predictive analytics in reducing claims denial in pathology practices and billing departments was recognized way before. This type of software can review claims and flag those that are likely to be denied, allowing potential issues to be addressed before sending the reimbursement request. While implementing high-tech tools has a cost, most pathology practices that go this route find that they significantly increase profits while decreasing the resources dedicated to pathology billing and claims.

In approximately 65 percent of cases, pathology billing providers fail to appeal denied claims, effectively leaving money on the table. Devoting resources to the time-consuming appeals process may appear counterproductive, but it usually yields a significant return. Streamline appeals by putting in place a solid protocol, including a “cheat sheet” with information about the timeline of the appeal for each payer. Create dedicated payer appeal letter templates for each of your most common denial issues so you can simply fill in the required information and get paid sooner rather than later.

It is also one of the most expensive pathology billing denials because the insurance company rejects the entire claim rather than just one code. Staff members should be trained to verify patient demographic and insurance information at every visit, regardless of how recently the person received care. Emphasize the significance of gathering and verifying accurate patient data. When in doubt about eligibility based on patient-provided information, always check with the insurance provider directly before administering the treatment or service.

Build a strong case when researching the claim

Attach necessary documents such as documentation of the service, a record of the original filing of the claim, and copies of sections from the CPT book or CPT Assistant that explain the appropriate use of the code in question to support your payment rationale. Also, keep track of all dates, times, and people you spoke with, including all the correspondence and submission dates. In short, make a complete record of the carrier’s representative’s commitments and hold them accountable in case needed.

Pathology claim denial is a major source of frustration for pathology billing staff and has a significant impact on your practice’s cash flow. Make sure to respond to denials as soon as possible to determine what action is required, and always keep the patient’s best interests in mind. Most importantly, do not allow denials to pile up. You can also get connected with the 24/7 Medical Billing Services as your outsourced pathology billing partner to control the denials as and when they arise.