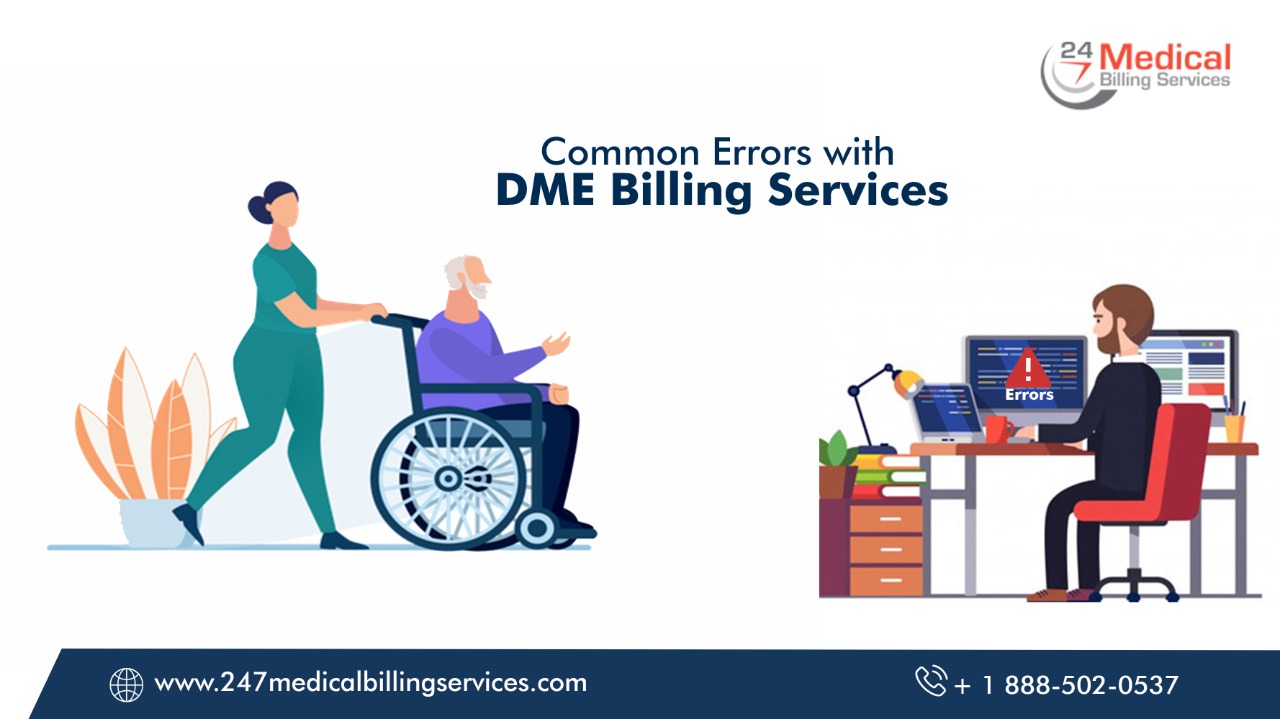 One of the most scrutinized billing areas by Medicare and other commercial carriers is the Durable Medical Equipment (DME) billing. One of the primary reasons it is often under investigation is that DME billing Services appear to be anything but straightforward. Furthermore, the complexities manifolds when healthcare providers and facilities integrate the DME billing into their service to increase revenues.

Medicare has been known to lose more than $60 billion through faulty billing each year, and part of the waste is due to spending on the DME billing.

In most cases, DME claims are denied due to wrong information or small error provided by the CMS or the insurance provider. For example, a slight change in the name that might look insignificant or the way a form has been filled up is deemed wrong by the payer will lead to claim rejection or denial.

If a document indicates a different code than that of the billed or serviced, the insurer will reject reimbursement. Also, a claim will be rejected or denied if the service is offered by someone else other than the billing provider. There can be coding errors in medical billing services shown as unbundled will get the claim denied. Also, even if the beneficiary has been discharged to another place after the procedure is considered as error. At the same time, the one in the coded claim is different.

3. Wrong Use of Modifiers

Often in DME billing, wrong modifiers or a misaligned code can reject the claim or get denied. Hence, it is vital that when written codes are used for the service, correct modifiers are mentioned to get the reimbursement for the service rendered.

4. Necessity of the Medical Assistance

If the medical billing documentation provided has inadequate or insufficient support for the service provided, the payment will be rejected. The onus is on the service providers to prove that the billed services were provided and at par with the level billed. Any missed information like a signature of the physician on the order or an incomplete form that does not have the date or if each date of service it’s not built separately, then the claim will also be denied.

Furthermore, before providing the service, the facility needs to check the number of units that service can be delivered within a specific time to the member. If the number of services exceeds the number allowed by the insurance policy, the claim will be rejected.

How To Ensure There Are No Errors?

It has been estimated in medical billing and coding services, out of the $3.2 billion that goes to waste in the Medicare Trust Fund, $2.6 billion is due to insufficient documentation. It is essential that proper documentation with adequate medical coding and correct information is provided so that it does not lead to claims denial. One of the best ways to ensure none of this happens is by outsourcing DME billing services to an efficient medical billing company such as 24/7 Medical Billing Services.

A team of specialized medical billers and coders ensures that all documentation, codes, and modifiers are correct for the claims. Also, they ensure claims are submitted within the time frame. Additionally, in case of any denials, it is appropriately followed up. Moreover, with the constant changing in the CMS rules and regulations, DME billing staff must have in-depth knowledge of the changes. While at a time, it is not possible, an outsourced partner such as 24/7 Medical Billing Services will ensure that all the DME billing is done as per the new laws and regulations. So there is no claim rejection, thus allowing you to have a seamless cash flow and a flawless revenue management cycle for your DME services. For more information on outsourcing the medical billing services, contact us today!